the aestheticization of digital or analog errors, such as artifacts and other “bugs”, by either corrupting digital code/data or by physically manipulating electronic devices.

(now this page has been deleted.) simple example: Before

Most of the works called glitch art is probably not made by accident in the true sense. Even though the creator didn’t know what would happen concretely, he might have expected that something glitched results are occurred at least, and pulled a trigger of that by his own will. In other words, when glitch is made intentionally, crashed result is no longer a failure but a success for him. Is it still glitch?

The criteria for Iman’s classifying is clear. It just focuses on whether it was done on purpose or not. The word of “glitch-alike” implicitly includes the meaning of that it’s NOT glitch, though it looks similar. So in according to above classification, almost all glitch art works would be NOT glitch, because they are generated on the purpose of making glitch intentionally and categorized into glitch-alike type.

Iman Moradi defined Pure glitch as generated without intention as well as not modified. Circuit bending, which is a creating customization of the circuits in electronic devices, is also to be classified into glitch-alike due to having an intention. Presumably, the reason why Iman Moradi introduced that classification is that he just want to use different term for art context and for others.

By accident or design

From here, we dare to stick to the above discrimination which focuses on a creator’s intention. In case of that you pursue the interests of visual aesthetics, pure glitch works might not withstand for viewing since pure glitch can’t choose a condition ant it’s unable to retry until a phenomena or situation which the creator like emerge. But in terms of concept, an intrinsic value of glitch may exist in pure glitch rather than glitch-alike. We call “pure glitch” just “glitch” in here.

What is glitch art made from pure glitch? We start thinking from the perspective of artist trying to generate undiscovered glitch with his own will. At the time when some error happened by chance, the phenomenon would be pure glitch. In the next moment, we can realize what is happened, and then the phenomena would fall into glitch-alike. Rosa Menkman has described the emotion at the time of the encounter with glitching phenomenon as follows. See here and the section on “Glitch vs glitch art”

For a moment I am shocked, lost and in awe, asking myself what this other utterance is, how was it created. Is it perhaps …a glitch? But once I named it, the momentum -the glitch- is no more… (…) as the understanding of a glitch changes when it is being named, so does the equilibrium of the (former) glitch itself: the original experience of a rupture moved passed its momentum and vanished into a realm of new conditions.

As she mentioned, an original glitch enchantment can exist only within the moment the glitch phenomenon occurs. But once we realize it, it’s no longer the original one. Therefor, it seems to mean an impossibility to catch a pure glitch. It’s just like the absurdity of Camus’s ‘Le Mythe de Sisyphe’ and a matter of deep interest.

Demise of Glitch – dependency on normality

By the way, why does glitch get to be dissipated? In order for us to realize a certain phenomena as an error, we need normal action or normal state for judging as a premise. The identity of error is a distance from normal. But if the gap with normal is too large and as a result of that the error state would be totally changed from the original one, we see that phenomena as another thing distinct from original one. It’s the moment new original thing is born. The same is true in glitch. Exciting glitch becomes independent from original form. And as a result, the glitch becomes new original at same time, which means the end of glitch.

Another factor contributing to the vanishment of glitch is the fact that most errors is enable to be reproduced, especially in the world of computer. As long as we follow correct procedure, analyzed error can be obtained any time we want. Through making the the tool, like effector, plug-in or software, to automatize the process of generating error, everyone can get same effect. The phenomena that used to be error will be mass-produced as a normal result by new software products.

In other words, in order for glitch to remain as glitch, there are two requirements: * Keeping in touch with normality * maintenance of accidentalness In order to explain the first requirement, we deal with the corrupted screen image of Famicom caused by bad connection. As many japanese boys of 20 years ago experienced, the image seemed to be just glitch in that means, indeed. The reason why those experience was so deep impression is that the screen didn’t show simple fuss pattern but there left signs of what the original game used to be, and we can barely control the game yet. This means the normality is still alive on the screen. Now we recall the Camus’s critique of Franz Kafka. Even though characters in Kafka’s novel struggle to manage the problem with anxiety, they don’t describe clearly what is a concrete matter. They can continue their daily life with that matter for some extent, after all they are executed. 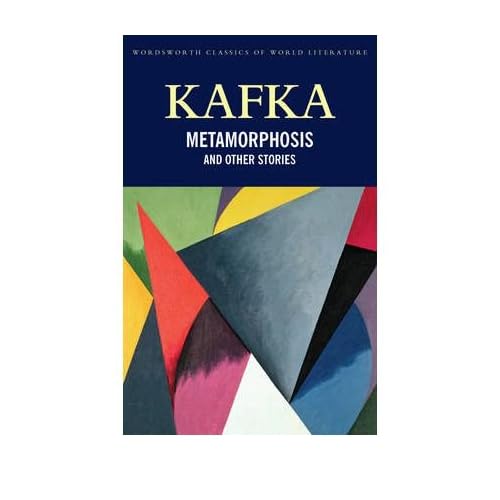 Gregor Samsa, the main character of Kafka’s ‘The Metamorphosis’, had his body transformed into giant inspect suddenly, nevertheless only what he bothered about is that whether his boss would get angry or not for Gregor’s late for office. The balance between the amount of Gregor’s embarrassment and seriousness of the happened matter was clearly lost, and Camus said this imbalance was all of Kafka’s art. Besides, the works of Hitoshi Matsumoto (*1) and Yoshida Sensha (*2) have also in common in this sense, which means a usual normal life is demanded in their singular world and co-exists with logicalness of absurdity in there. *1: Japanese comedian *2: comic artist

Braking away from abstract

Putting aside whether it’s good or bad, glitch art tend to become part of abstract art currently. This feature becomes pronounced in the work of visual art especially. Since the effect which would be given when you break an electronic file will cover all that image file basically, it’s difficult to focus distorted area on the particular part of the image. As a result the style of glitch lean toward abstract naturally. The object of interest for many glitch art works is what the pattern or texture made from cracking looks like, instead of what the original image is. If a glitch can keep to contact the form of the original somehow, it might be a factor of breakthrough for leaving from abstract consequently.

A work expressing absurdity, like Kafka’s novel, is one thing, and absurdity itself is another. The following is the sentence of Camus’s ‘Le Mythe de Sisyphe’, describes exactly what absurdity is.

There is a story about a psychopath who is fishing in the bath. The doctor asked him whether he would catch a fish, then he answered “What? What are you saying? This is just a bath, right?”

It’s the bankruptcy of logic. Well, let’s get back to talking about Glitch. Establishing a glitch art from pure glitch, not from glitch-alike, means that the audience need to meet the moment of failure which is not prepared but is generated by accident and no one know when it happens. If it materializes, it means that the maintenance of accidentalness would be achieved, which is the second requirement for existence of glitch, but it seems to be impossible. As we have found a similarity between glitch and absurdity so far, in terms of the feasibility of keeping accidentalness, glitch seems to be absurdity itself. As Camus’s posture against absurdity is that even in the situation where we face impossible or incomprehension we should open our eyes and realize all of that circumstance without sulk, I feel that the act of creating glitch art just like that kind of challenge. What a work of glitch art is all about? If we could succeed in building glitch art, then it means the work is not absurdity any longer. I expect glitch art works to have a potential ability to share the the sensation of encountering undiscovered glitch, which is until now the privilege given to the creator seeking a new glitch by himself, with audience. 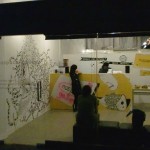 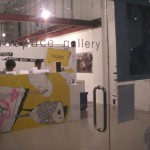 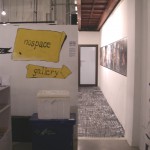 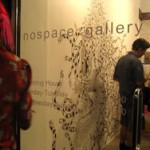